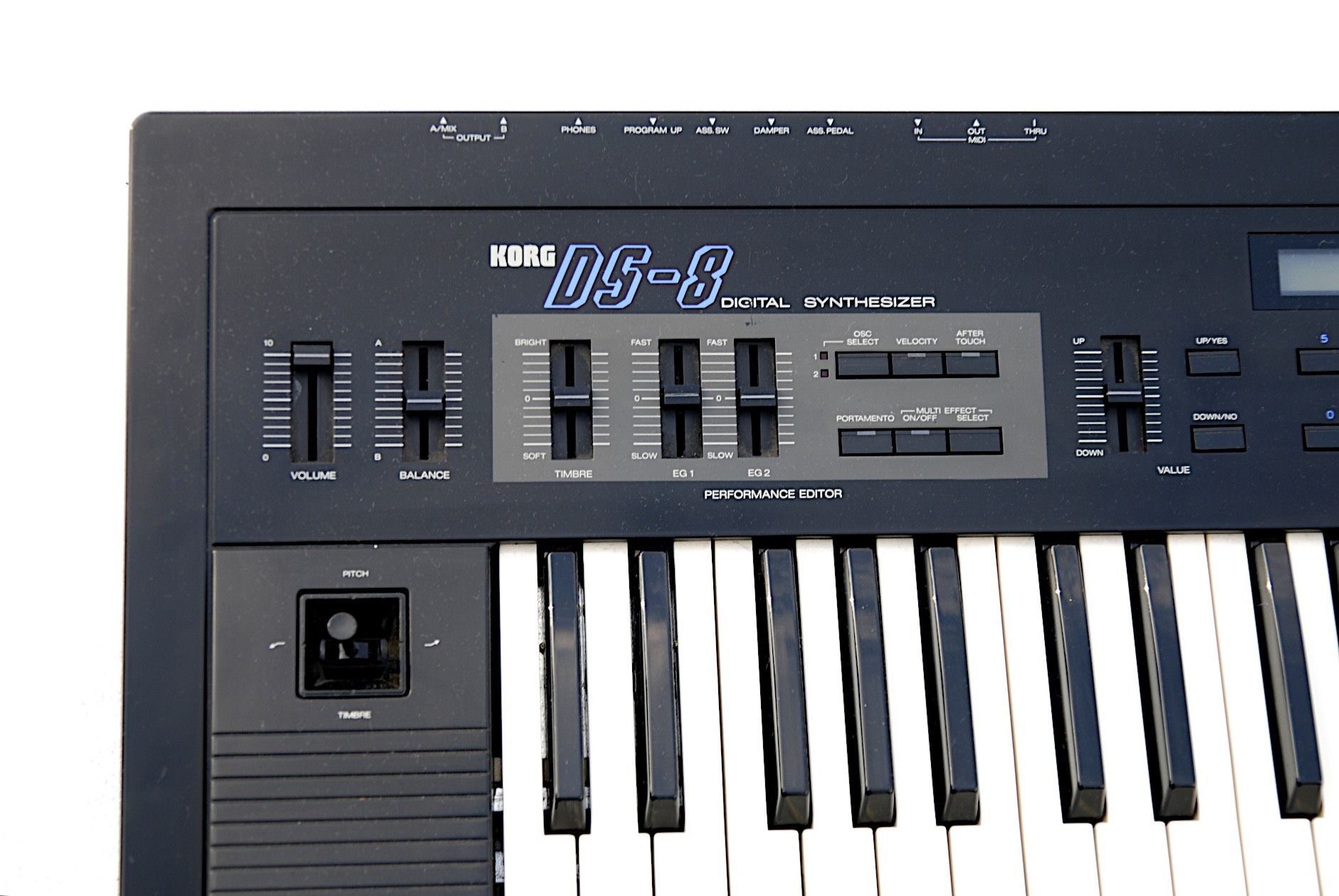 On numerous occasions, I’ve alluded to having a love/hate relationship with Korg keyboards. With the exception of a few scant hours with a modular Moog in college, and some experimentation designing various circuitry of my own shortly after, my synthesis adventures in general, and with “modern” MIDI synthesizers in particular, began with Korg. And, I’ve been going back to the well ever since.

The first Korgs in my life were the DS-8 digital synthesizer and SQD-8 8-track MIDI sequencer. The DS-8 was an interesting synth. It was an attempt, I believe, to be a simplified 4-operator FM synthesizer that was simultaneously a multitimbral performance synth. It was even based on an enhanced Yamaha 4-operator FM synth chip that was found in a number of Yamaha keyboards! The enhancements to the Yamaha chip, however, surpassed anything that Yamaha ever did on that particular platform. The DS-8 offered up 16 oscillators that could be utilized in four modes: single, dual (which doubled the same sound for fatter sound), layer (which allowed mixing of two sounds at the same time across the entire keyboard), and “combi,” (which allowed up to 8 sounds to be used simultaneously, either on the keyboard or controlled by an external keyboard or sequencer).

There were a number of envelope generators, and while most people will tell you that there was no filter, there was a controllable parameter called “timbre” which was, you guessed it, a filter that could be manually swept or modulated by one of the envelopes or an LFO or the modulation axis of the joystick. The big surprise in the DS-8 was that it’s keyboard offered both velocity sensitivity and aftertouch!

The DS-8 was an FM synth, and it definitely sounded like one. The closest Yamaha equivalent would have been the DX-11, I suppose, even though the chip used in the DS-8 was based on that used in the DX-21. In my opinion, though, the sound quality and capabilities of the DS-8 far outpaced the Yamahas. For samples, visit my Korgs I’ve Owned YouTube Playlist.

Programming the DS-8 was often an exercise in futility. The display was small, hard to read, and cryptic. The terminology used was in many ways more akin to computer programming than it was to synthesis. A program, for instance, consisted of “jobs” which in turn contained parameters. Still, it was an improvement over Korg’s previous series of synths, the DW-6000, DW-8000, EX-8000, Poly800, and EX-800. Sounds were stored either internally, or to special (expensive) RAM cards. Additional sounds could also be purchased on similar cards.

The SQD-8 MIDI Sequencer was well matched to the DS-8. It was a basic 8-track MIDI recorder that faithfully captured my performances and played them back. In fact, it controlled not only my DS-8, but my other gear as well. My “studio” at the time also included a Sequential Circuits Prophet 600 and a Yamaha RX21 drum machine, in addition to my completely non-MIDI Yamaha CP-35 electronic piano. Songs were saved on special 2.8″ “Quick Disc” media, which was commonly used for word processors and could be purchased pretty cheaply at most office supply stores.

The SQD-8 allowed for both “step” recording and realtime recording, one track at a time. Tracks could send program changes so that the correct sounds were selected automatically, and it was even sophisticated enough to handle “punching in” to add a track or correct errors, and just like with multi-track audio tape recording, tracks could be “mixed down” to get more than 8 tracks worth of recording. Tempo and volume changes could also be recorded, though I don’t know that any other control data was captured.

Believe it or not, manuals for both the DS-8 and SQD-8 are still available from Korg’s web site.

Although the DS-8 served me very well, I traded it and the SQD-8 in when I bought my Ensoniq VFXsd v2. Today, DS-8s still bring surprisingly high prices on eBay and Reverb. In fact, I think they’re going for nearly as much as I paid for my used DS-8 when I bought it back in about 1989! I suppose that if I could find one in good shape, and in full working order, for around $250 or less, I’d be tempted to own another one.

Obviously, I have very fond memories of the DS-8, even though it could be frustrating at times. In the next installment in this series, I’ll talk about the Korg X2, which was probably the most disappointing synth I’ve ever owned.