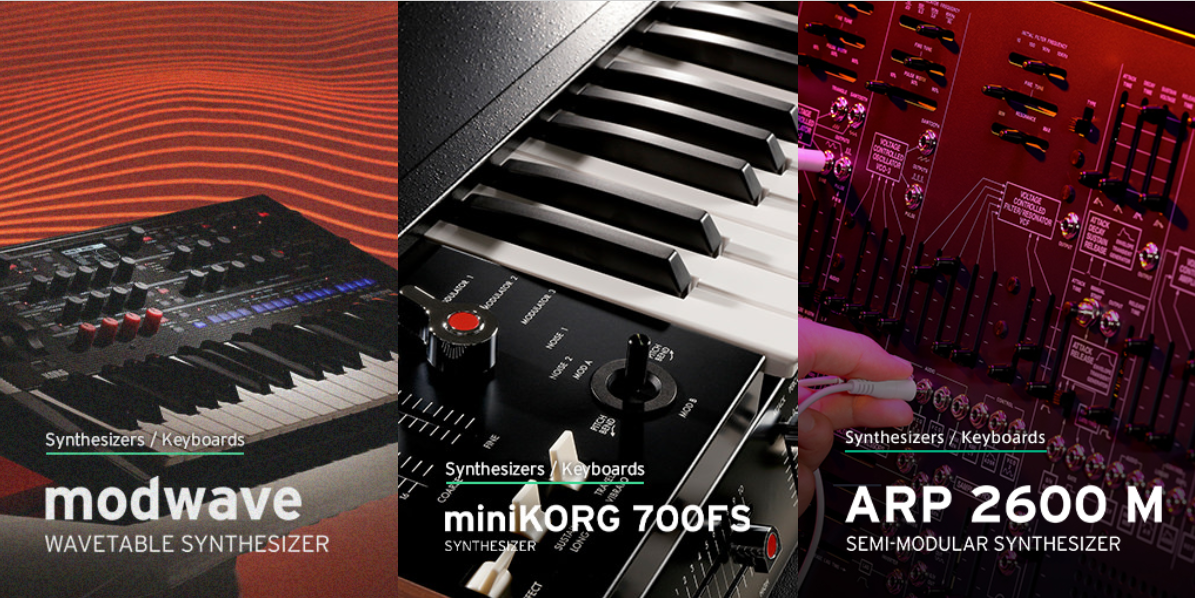 I thought I’d take a moment, for those who may have missed these live streams, and share some of what Korg announced over the past day or two. These streams from earlier today have been publicly posted to YouTube, so I’m not exactly giving away any secrets. The first two videos are highlighting three new instruments from Korg, and the third is of interest for those who are curious about the differences between the Kronos and the new Nautilus. So, without further ado…

I will have to admit that I’m slightly underwhelmed. The ARP 2600 is a neat nostalgia blast, as is the miniKORG 700, but they don’t knock my socks off. Don’t get me wrong — I love analog stuff. But, if I’m honest, if I’m going to do something like that, I’ll build that Eurorack synth I keep threatening to build.

Wave sequencing and folding is a really neat technology, and admittedly Korg have been doing forever, but I think they’re not taking enough chances with it, The modwave is very a very “safe” instrument. Unlike the OpSix, Korg’s simplifying of wave sequencing may have come up a little short on synthesis possibilities. It should also be noted that this comes in at about the same price as Modal Electronics’ Argon8.

Arturia, meanwhile, are building on the MicroFreak platform, this year adding three new oscillator types and more memory slots to the existing product — for free — just as they previously added the vocoder in their previous firmware update. So, while the modwave is interesting, I’d rather wait to see if Arturia do a “bigger” version of the MicroFreak. Arturia also did an excellent livestream today, which I’ve added to the playlist linked in my post from a couple days back.